Nitric oxide synthase (NOS) utilises L-arginine to produce the vasodilator Nitric Oxide (NO). L-arginine is also incorporated into proteins and certain arginine residues can be methylated by the action of protein arginine methyltransferases (PRMT’s). Following proteolysis of methylarginine containing proteins free methylarginines (the most important of which is ADMA) are released into the cytosol where they accumulate and competitively inhibit NOS activity. ADMA is metabolised by dimethylarginine dimethylaminohydrolase (DDAH) enzymes. Two isoforms of DDAH with distinct tissue distributions are found in mammals. DDAH1 is an important regulatory of vascular ADMA concentrations whereas DDAH2 is more important in regulating immune and cardiac cell ADMA. 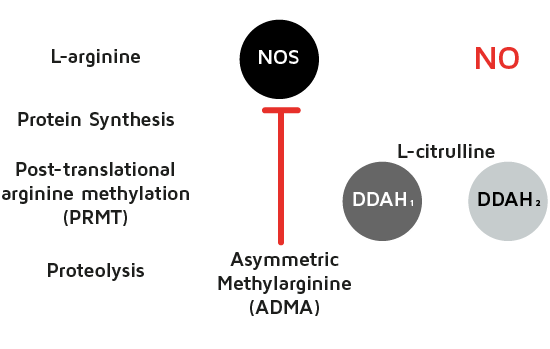 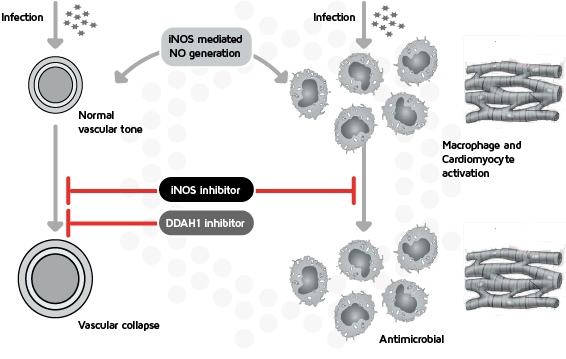 Tissue-specific inhibition of NO synthesis in septic shock

Structure based approaches to the identification of DDAH1 inhibitors 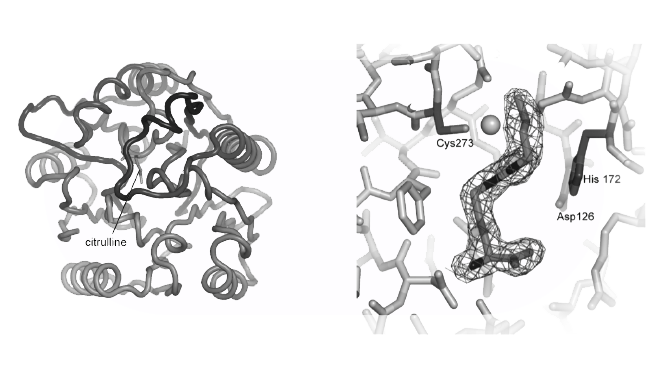 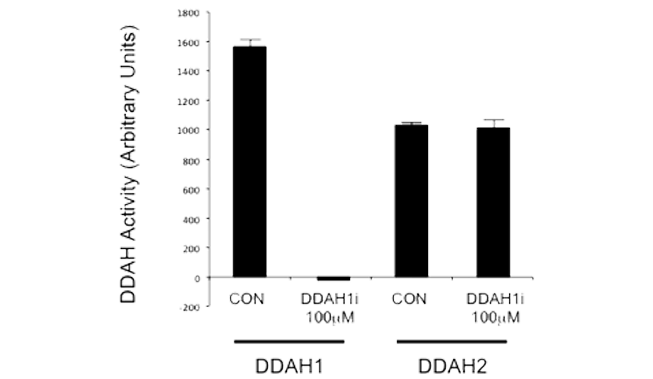 Small molecule inhibitors of DDAH1 are highly selective for DDAH1 over DDAH2 and therefore avoid inhibition of NOS activity in immune and cardiac cells.

Small molecule inhibitors of DDAH1 improve median survival time and absolute survival in a severe pre-clinical model of polymicrobial sepsis. In these experiments DDAH1 inhibitors were used in the absence of anti-microbial or other vasopressor therapies and were able to increase survival. 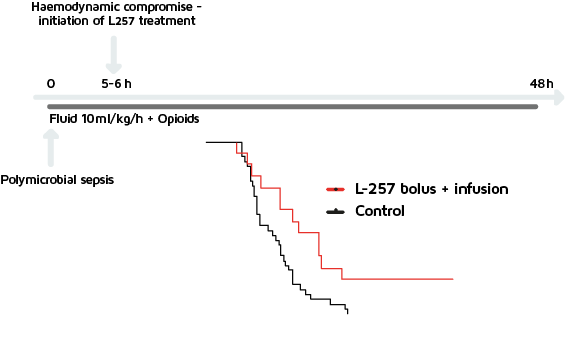