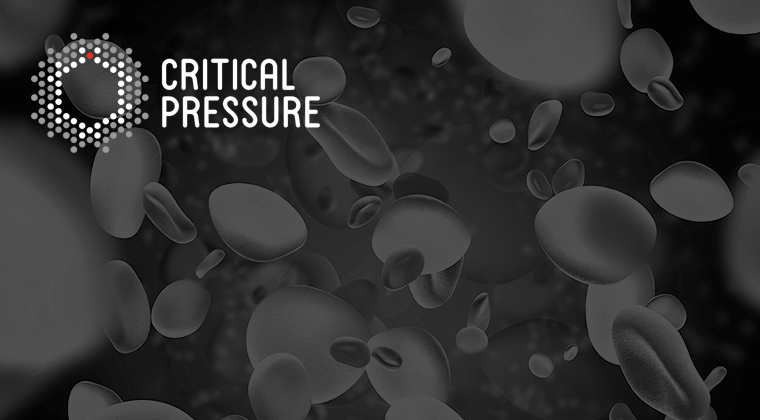 Critical Pressure Ltd, a pharmaceutical company based in Cambridge, UK, announced today that it has completed a £10m Series A investment by Medicxi, to develop a new drug to help patients in intensive care with severe sepsis.  Critical Pressure was founded by Professor James Leiper, a scientist at Glasgow University, and Dr Simon Lambden, a Clinical Lecturer in Intensive Care Medicine at Cambridge University.

Sepsis is caused by a serious bacterial infection, usually with bacteria resistant to antibiotics. As the immune system fights the infection it also causes damage to the vital organs.  Around 30% of patients with severe sepsis die, despite treatment in intensive care units.  Over 37,000 people die from sepsis in the UK alone each year – more than the number of lives lost to breast and lung cancer combined.  It is also a major demand on healthcare resources, estimated to cost the NHS more than £1billion a year.

“Despite being one of the commonest causes of death in the Western world, there are still no drugs at all with a specific license for sepsis.” said Dr Ron Daniels, Chief Executive of the UK Sepsis Trust, a charity dedicated to improving outcomes for patients with sepsis, who will join the Advisory Board for Critical Pressure.  “It's a hidden killer, virtually ignored by the global pharmaceutical industry.”

“Low blood pressure is a key feature of septic shock, the most severe form of sepsis, which results in organ failure and often death” explained Dr Lambden. “If blood pressure gets too low, not enough oxygen is delivered to the tissues, and organ failure develops.  The most common treatment for this condition is with drugs related to adrenaline which support the blood pressure.  However, these drugs are associated with undesirable side effects.  Targeting DDAH1 offers the promise of better outcomes for these patients.”

Critical Pressure expects to begin testing CPL001 in patients early in 2019.  “Sepsis has been a graveyard for drug development” said Dr David Grainger, Partner at Medicxi, who will act as Executive Chairman at Critical Pressure.  “But the approach the founders of Critical Pressure have taken, which is the culmination of more than a decade of careful scientific and clinical investigation, offers real hope of breaking the deadlock and improving patient care in this under-served disease.”

CPL001 was originally discovered at University College London, in a project funded by the Wellcome Trust, the UK’s largest medical research charity, and further developed with Wellcome funding. Dr Ann Mills Duggan of Wellcome Trust commented “We are delighted to see this molecule progress into clinical trials at Critical Pressure and very much look forward to seeing further progress”.  More recently, the work has been supported by a Translational Award from the British Heart Foundation, which allowed important gaps in our knowledge of CPL001 to be filled, so that commercial investors could be found to support the expensive clinical development phase.  “This is exactly what our Translational Awards are designed to achieve” said Victoria Taylor, Senior Research Advisor for Translational Awards at the British Heart Foundation, “allowing promising ideas from academic scientists to reach the clinic, and hopefully improve outcomes for patients.”

Critical Pressure will join a number of other companies in the Medicxi stable, including SuperX Ltd, Z Factor Ltd and Epsilon-3 Bio Ltd, on the Babraham Research Campus, just outside Cambridge.  It will operate as a virtual company, using high quality out-sourced service providers to further the development of its lead candidate.

Having lost my own mother to sepsis in 2011, I have personal experience of the speed with which this disease can kill. Critical Pressure has a chance to change that.

Medicxi is a life sciences focused venture capital, spun out from Index Ventures in 2016. One of Europe’s largest dedicated life sciences VC firms, Medicxi has offices in London, Jersey and Geneva.

For more information, please visit us at Medicxi.com and connect with us on Twitter and LinkedIn.

Babraham Bioscience Technologies Ltd (BBT) is responsible for the commercial development of the Babraham Research Campus.  The Babraham Research Campus is distinct in its co-location of bioscience companies with the Babraham Institute, a world-renowned research organisation.  The Campus provides companies laboratory and office space together with access to outstanding scientific facilities in an ideal geographical location at the core of the Cambridge cluster. Website: www.babraham.com

Wellcome exists to improve health for everyone by helping great ideas to thrive. We’re a global charitable foundation, both politically and financially independent. We support scientists and researchers, take on big problems, fuel imaginations and spark debate.

About the University of Glasgow

Ranked in the top 100 of the world’s universities, we deliver world-class and world-changing research and education with impact. We are a member of the prestigious Russell Group of leading UK Universities and are joint 1st in this group for student satisfaction. We are connected to seven Nobel Laureates, and 81% of our research is judged to be internationally excellent. Further information can be found here.